Cut the F$*k Up bro!!!! KidChameleon returns with a brand new single.  Kicking it back old skool style making a solo return to Cue Burn with some raw jump up beats.

The A side brings in some 90s style sampling with the Isley brothers and ice cube. flexed with some raw motoring bass power and crazy amen cuts that would make zinc spin on his lid. This is Jam Hot!

On the flip 'Littering' steps in for all the dance floor terrorists with some wonky synths and heavy beats.

With a slew of releases lined up for Cue burn over the coming months and remixes abound. It's great to have him back and firing on all cylinders! 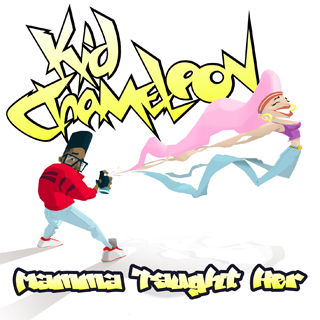 Mulder needs no introduction to any discerning DnB Head and for those who in the J Tek/Rave Breaks/Future Jungle scene, Cue Burn Digital is known to be an imprint that always delivers with outstanding releases. Here, Bristol’s finest has made two previously unreleased dubs available to purchase and download.


‘Without You’ is lush, late night, grooving Liquid DnB that massages the senses.

While ‘Chase You’ utilises the well known Max Romeo ‘Chase The Devil’ sample and turns it into a rolling techy slice of DnB with some nasty mentasm pads thrown in for good measure.

Cue Burn Digital continues to fearlessly eat breakbeat lasagne in the face of scandal, piercing the film on The Bastronauts EP:

The Bastronauts are two young newcomers from Bristol, weaving infectious grooves and electronic melody from the strands of daily abject misery.

I'm At A Technical College is a melodic breakbeat pop song, sung with passion by a trained ZX Spectrum. With thrusting bass and a heavenly vocal refrain, it's as much about the sprawling infinitude of reality as it is about being on an engineering training course.

Cock O' The North Star pits the early house spirit of Todd Terry and Li'l Louis against the forces of stomping breakbeat funk. The victors? The Bastronauts, of course. Comes with a hands-in-the-air guarantee (proof of purchase required).

Uh, wait a minute, you'd better talk to my mother:

On November 5th we release Wellbelove's latest double sider - Smooth Groove and Dark Sun. It will be available through www.ravedownload.com straight away and 2 weeks later from all other shops, such as Track It Down and Juno Download.

Looking forward to the next 6 months with Cue Burn Digital...

This EP will now be on a wider release on 20th August. This is later than planned but we've been working on getting our release schedule more organised to allow us to do this.

The Bastronauts EP - 17th December
As yet untitled, this is a WIP that should be with you by Christmas!

Other releases in the pipeline include the Remix of Mulder's Devil Inside from Wellbelove, and a DnB EP from Kid Chameleon.

Wellbelove's Juke Jungle Techno EP is released through http://www.ravedownload.com on June 25th and other shops a month later.

Cue Burn Digital, one of the shining lights of the hardcore breaks scene, invites you to experience a brand new style of up-tempo, bass heavy, floor shaking electronic music we're calling Jungle Juke. Inspired by the polyrhythmic , sample looping Chicago footwork sound and fusing it with the breaks chopping, bass posturing energy of jungle techno, new signing Wellbelove engineers a brand new audio assault for the headz and the feetz.

Wellbelove says : 'When I first heard Chicago footwork it had a huge and immediate impact on me. It's not often that a type of music grabs you and shakes you around but this raw street style got stuck in my head. What I love is that it has all sounds that you know - big samples, loops, 808 kit - but assembled in a way that is totally fresh. It subverts the rules laid down by its house and Ghettotech predecessors, putting the sounds somewhere unexpected. You never know when that clap will come in and it takes "cheesy" presets like toms and heavily syncopates them. It sounded to me like these guys were chopping up the 808 drum machine, just like Bizzi-B cut up the Amen break.'

'Footwork divides people - you need only look at music message boards to see that - and its capacity to do that makes me think that footwork has got weight. You do either love it or hate it but you have to have an opinion. You can't ignore it.'

With more swearing than a Goodfellas / Casino double bill, F Wit U is homage to the Ghettotech obsession with the looping seedy, sordid vocal. It's the propeller that drives the track as the up-tempo beats cover all the ground from four-to-the-floor techno to hooligan reggae steppa. Thrown into this heady brew are stabs from the hands-in-the-air days of old skool hardcore. This is pacey, relentless and attention grabbing music.